Last Friday our students enjoyed a lovely trip to Ronda, a beautiful and historic city in the province of Malaga!

After a gruelling 2-hour bus ride, the students were able to stretch their legs and explore the beautiful city with their very own tour guide, SAIIE Student Affairs Director Elena. 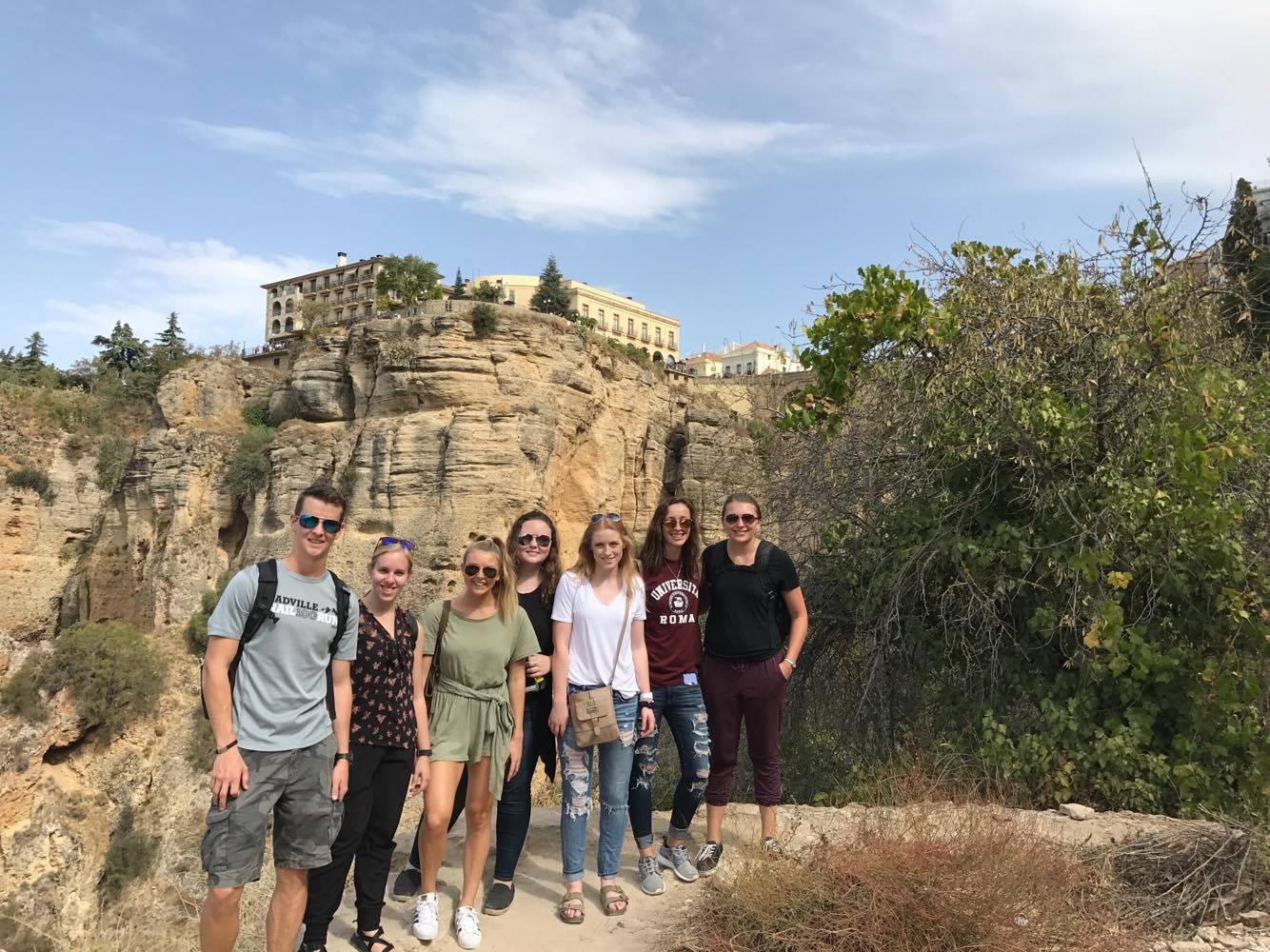 First stop on the tour was La Plaza de Toros. Although smaller in size than Seville’s own plaza (a capacity of approx. 6,000 compared to approx. 13,000 in Seville), the building still managed to amaze the students. Built in the 18th century, it holds a very dear place in the history of Ronda and Spanish bullfighting. It is where the legendary Romero family emerged to provide over three generations of bullfighters, most notably Pedro Romero. It is also where Antonio Ordóñez was born and where he started off his celebrated bullfighting career.

Next, Elena took the students to the ‘Mirador de Aldehuela’ and the ‘Balcón del Coño’ viewpoints to catch a glimpse of the famous ‘Puente Nuevo’ (New Bridge). Built in 1793, the bridge joins the old Moorish town and the newer, El Mercadillo, parts of the city. Interestingly, this viewpoint is named in honour of the architect who built this bridge, the same man who also built La Plaza de Toros. It is at this spot where you also get a lovely view of the gorge and surrounding countryside! 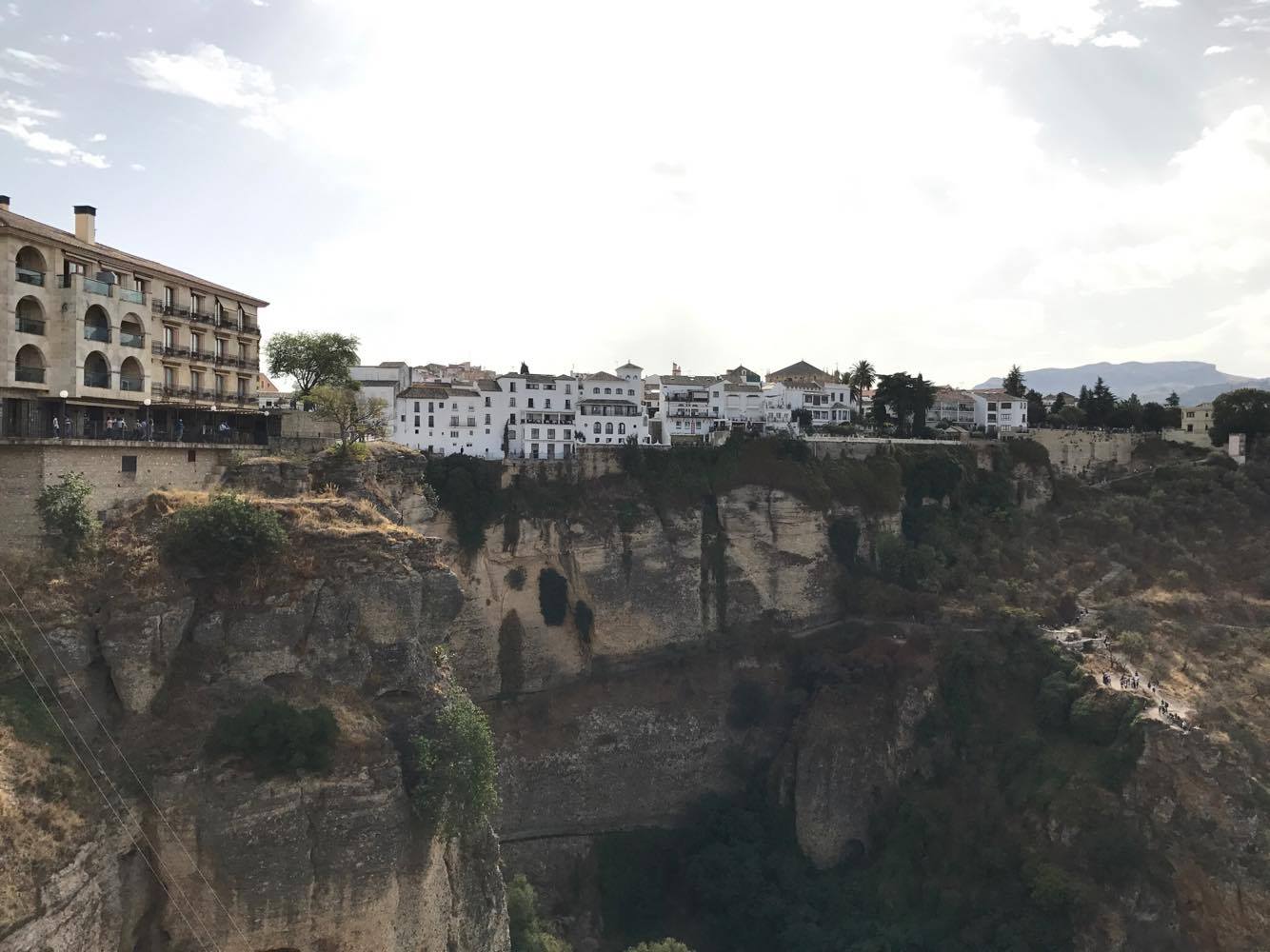 Afterwards, the students went to explore some more of the stunning scenery in Ronda with a stop at the Cuenca gardens. Located on the ledges of the Tajo, the views are spectacular and give a unique perspective of the city. It’s no wonder that Ernest Hemmingway and Orson Welles spent many summers here and both wrote about the city’s beauty! 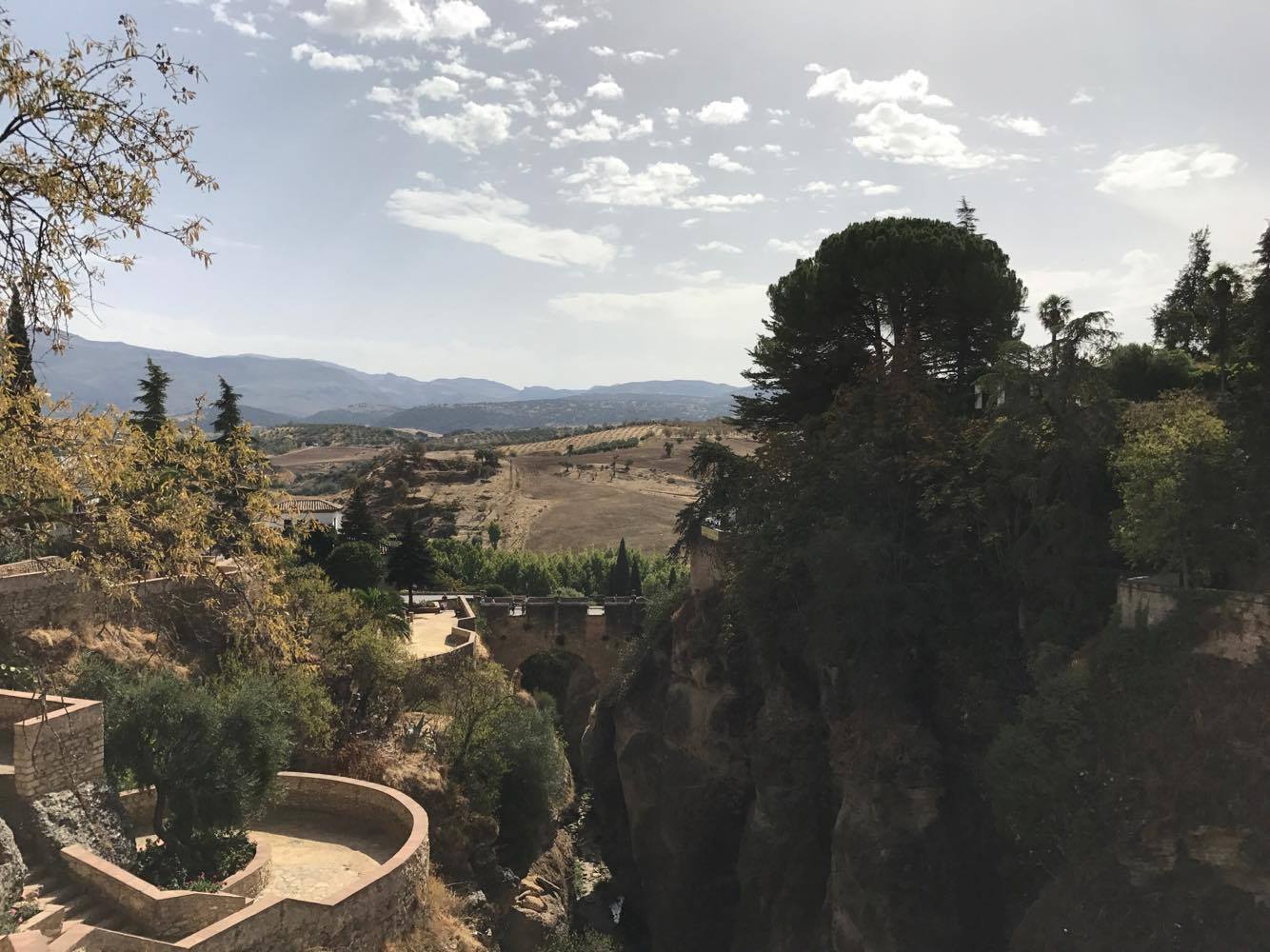 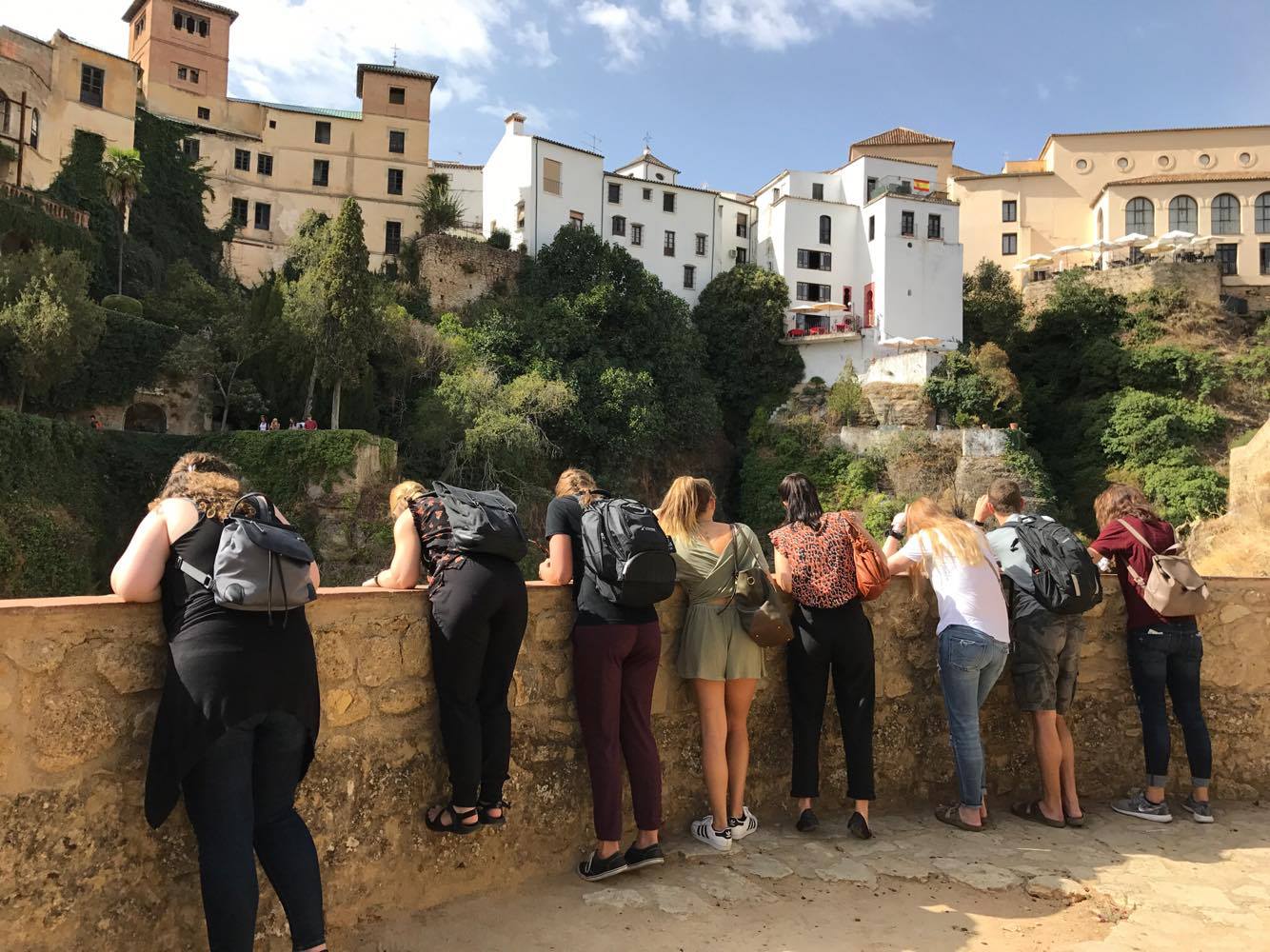 After much walking up and down the cobbled streets, it was time for lunch. A picnic in the park underneath the shade of a tree was the perfect way to relax. The students even got the chance to look at some local art and purchase their very own souvenirs. 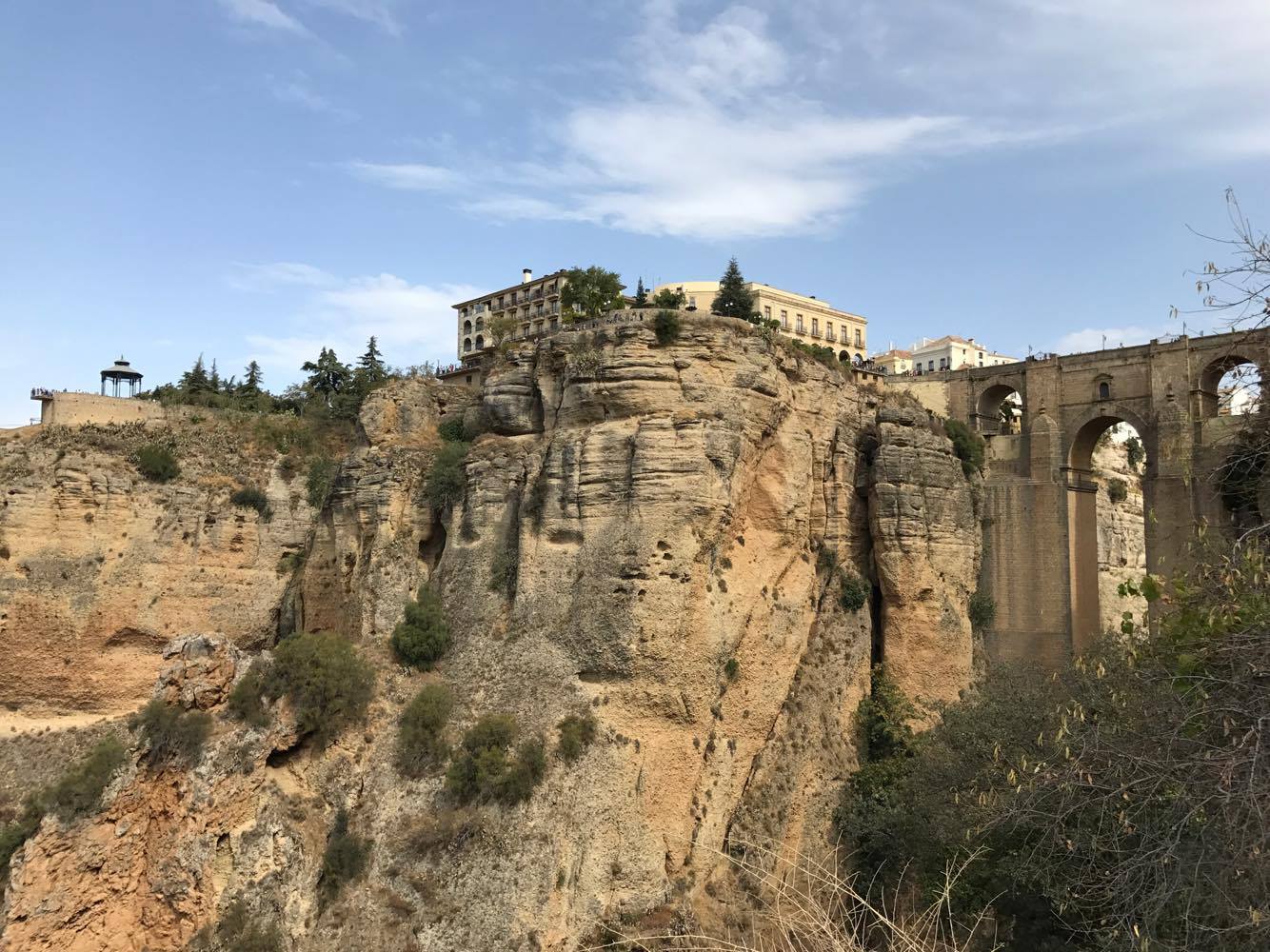 Finally, a stop at the ice cream shop was much needed after the hot and tiring day the students had!